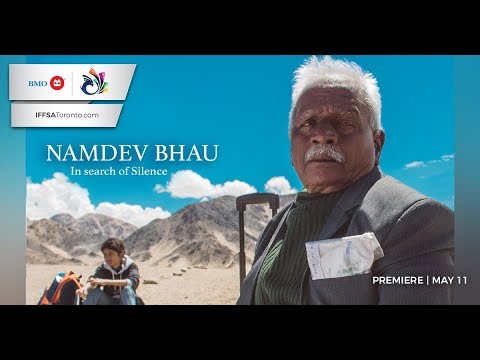 Namdev Bhau, a 65-year-old chauffeur in Mumbai, yearns to escape the endless noise of his city life – the complaints of his clients, the cacophony on the street, the bickering at home. When he hears about a place called Silent Valley — reported to be one of the quietest places on Earth — he decides to leave everything and journey there to attain blissful peace and quiet. However, as he sets out on the road, each of his attempts for solitude are comically foiled. The last straw arrives in the form of a precocious 12-year-old boy, who selects Namdev Bhau as the perfect companion for his own journey.

The title role of Namdev is played to perfection by Namdeo Gurav, a first-time actor whose deadpan reactions are worthy of a Buster Keaton comparison. Beneath his cranky exterior lies a sympathetic heart, and as the two road companions learn more about each other’s pasts, Dar Gai’s wonderfully heart-warming feature (a bona fide hit on the festival circuit) deepens and radiates with humanity.

Dar was born and raised in Kyiv, Ukraine, where she acted in and directed dozens of plays. After obtaining a Bachelors and Masters in Philosophy in Kiev, Dar was invited to teach at Whistling Woods International in Mumbai, and has been writing and directing films, TV and commercials in India ever since. An alumnus of the distinguished Berlinale Talents Program, her first narrative feature, TEEN AUR AADHA, was co-produced and presented by Anurag Kashyap, and has traveled to over 40 international festivals. NAMDEV BHAU is her second feature. In 2018, Dar wrote and directed a large TVC campaign for telecom giant, Jio.