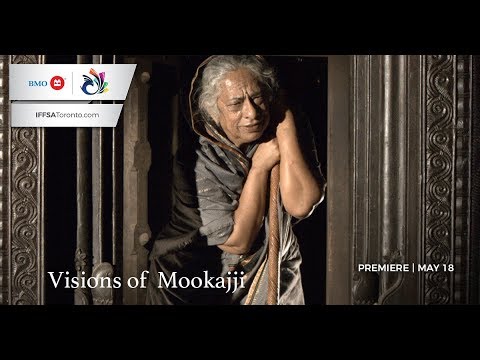 ‘Mookajjiya Kanasugalu’, a novel by Dr. K. Shivarama Karantha won him the highest literary award of the land, Jnanapeetha in 1977. The novel celebrates the fiftieth anniversary of its publication in 2018. This motion picture is the result of a sincere effort to bring the celebrated novel on to the screen.

Mookambika, our protagonist is a victim of Child marriage, the social custom prevalent in India. Having been widowed even before she could attain puberty, she was disfigured as per the custom in those days and confined to the four walls of the house so as to curtail her social interaction. The solitude resulting from the disconnection with the world outside coupled with her innate sensitivity helps her develop the power of extra-sensory perception. She tries to question with her rationale, the barbarism of the civilized society and is labeled a lunatic for doing so. She is punished violently when she tries to assert her right to civility. She chooses silence as a mark of her protest against the uncivilized behavior of the society. Thus Mookambika eventually comes to be known as Mookajji. (Mookambika is the name given to the presiding deity of Kollur in coastal Karnataka whereas Mookajji literally means mute, old woman!)

Mookajji, now an octogenarian, is presently living with her relative Subraya who happens to be a student of history. Though she has been labeled as zany by others, Subraya recognizing the power of ESP in her perceives her as a treasure-house of wisdom. Whenever he lands up with an antique or a remnant from an excavated site, Mookajji with the help of her sixth sense sheds light on unknown pages of history. Incidentally, she also dwells upon the evolution of our
culture. With a scientific outlook, she is able to analyse complex metaphysical concepts such as God, Incarnation, Idol worship, origin of structured religion and its distortion etc. She has her own take on natural instinct, the relationship among Homo sapiens as regards their sexuality, the ethics of such a relationship etc. and is assertive of her viewpoint on these issues. Mookajji is not afraid to question the ethical stance of the society when it comes in conflict with the basic human rights of an individual. As if to illustrate this point, we get to see her succeed in restoring the broken marriage of Nagi and Ramanna whose lives had been devastated by the lecherous designs of Sheenappa, the rich merchant of the village. Janardhana, the friend of Subraya is an educated young man but is not rooted in the societal framework. Mookajji who analyses his bohemian character with the power of precognition warns him in time about the perils inherent in a vagabond-lifestyle. Posing as a vedic scholar, Anantharaya is able to mask his native identity from others but not from Mookajji.