It is a pleasure and a privilege to welcome you to IFFSA Toronto, 2016. 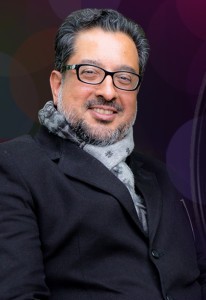 ience in Toronto and everywhere else in Canada where the festival might travel.

During the ten days of the festival, we hope – together — to create a community saturated with songs, movements, languages, colors, stories, that will bring us once again to that fundamental recognition of ourselves that during the rest of the year we sometimes forget: the recognition that we are always eternal strangers to ourselves, but that we also are, simultaneously, an indispensable part of every vibration that pulses in our universe. That is what the best of art does: it always brings us a revelation, within us as well as in our world.

Dance, music, cinema, all the arts, of course, aspire to free us – even if only briefly – from the routine and automatism of our daily lives, from the regimentation of our social morals, the distortion of religious dogmas, the perversion of that which makes us most human – our faith – into hatred and violence.

These are some of the aspirations of IFFSA that we look forward to celebrating together.

Over the last five years of IFFSA, we have seen this happening again and again with our filmmakers as well as our audiences.

Satinder Kassoana’s award-winning short film, Bonjour ji, had many in the audience in tears and filled everyone with the zeal to celebrate our vast and multiple humanity rather than any singular identity, be it of race, color or nation.

IFFSA is committed to helping young, South Asian Canadian filmmakers find their voice and is already set up to help produce short films.

The range of films and dialogue at IFFSA has encouraged a number of filmmakers to attempt their first film. And we are proud to present Sandeep Shaema’s Satrangi, Gazi Rakayat Hossain’s Mrittika Maya, which found their first inspiration at IFFSA.

We are also delighted to have this year Ruchika Oberoi’s Island City, which received the Best Young Director Award at the Venice Film festival, 2015. Sharmeen Obaid-Chinoy’s A Girl in the River, which won the Oscar for Best Documentary Short Subject, 2016.

We have a number of Indian National Award Winning films, but we also bring to the festival a number of exhilarating, thrilling and entertaining films, like, for example, Shiboprasad Mukhopadhyay and Nandita Roy’s Bengali film, In the Autumn of My life.

What makes this year even more significant for IFFSA is that we have the honour of opening the festival with Ali Kazimi’s Continuous Journey: The Story of Kamagata Maru on the historic occasion in Canada when the Prime Minister is officially going to apologize on May 18 for the tragedy of Komagata Maru.

Let’s come together, then, at IFFSA this year to enjoy ourselves, to dance and be entertained. Let’s also come together to share our experiences with those coming from great distances to be with us. Let’s come together to celebrate the multiple stories that will challenge us, nourish us, give us strength and faith and that, at least till the return of IFFSA next year, will give us a more joyous faith in life and our fellow human beings.